We use cookies to make your experience better. To comply with the new e-Privacy directive, we need to ask for your consent to set the cookies. Learn more.

The scenario of the sixth round of the UCI Mountain Bike World Cup looked very similar to the of the past U23 races with the exception of a better end for Swiss Champion Filippo Colombo.

Colombo won the opening round of the World Cup in May but had to settle for podium places since, behind a very strong Vlad Dascalu, winner of four World Cups and of the European Championships. “He’s very, very strong” said Colombo after the race in Les Gets, France. “I know I can be faster than the others but Dascalu is really hard to defeat.”

Extremely motivated to be racing on home soil and on a track that suits him will, Colombo manoeuvred perfectly. As usual, a small leading group formed in the first lap but the high pace quickly left Colombo and Dascalu alone at the front. “In the last lap, I sprinted everywhere I could to not let him pass, especially not ahead of a technical section. I knew that it was very difficult to overtake once you exit the woods and hit the last 250m on the asphalt so I gave everything I could to sprint in the first position.” 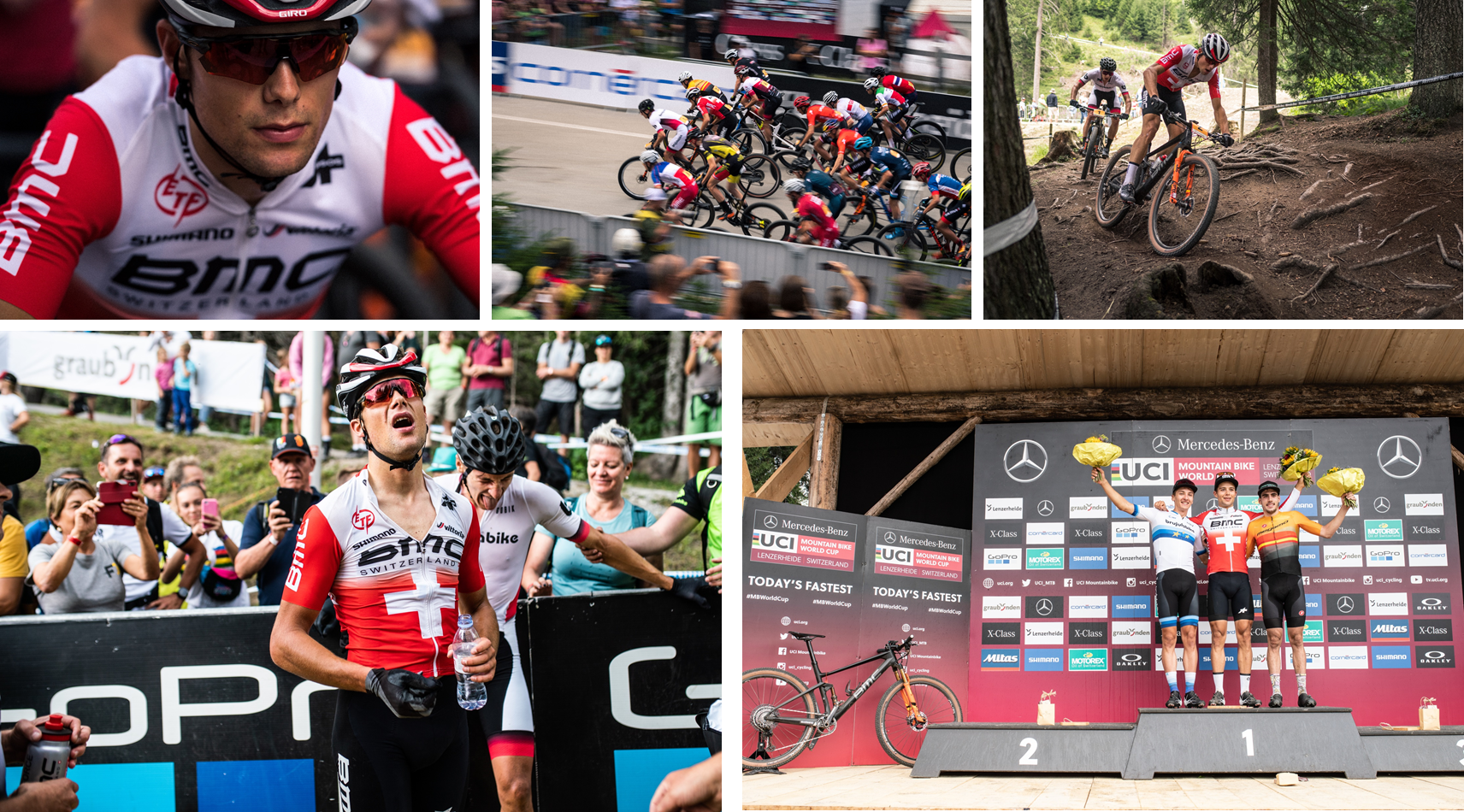 Colombo crossed the line with a cry of joy and relief. Yes, Dascalu is beatable. This couldn’t happen at a better time, with the World Championships coming up in three weeks’ time. No doubt that the race in Lenzerheide will leave traces in both riders’ minds leading up to the most important race of the year.

Carod back to where he belongs

After a difficult month, Carod rode a strong race in the chasing group behind the Van der Poel-Schurter-Flückiger leading trio. “We were four riding for the last two spots on the podium. I had good legs and felt strong and confident on the track. I entered the last lap with a strategy in mind and was about to put it into practice when I did a little mistake, hit a root in the steep descent at the beginning of the lap. I lost air in the back tire and was therefore unable to even follow the pace of the others” told a very disappointed Carod leaning on the finish line fences. “A podium was possible today!...”

Well, things don’t always go according to plan and a couple of hours later, he started eliciting a coy smile already. “The shape is back, I know I can perform at the top and that’s exactly what I needed to know ahead of the World Championships in Mont-Sainte-Anne.”

Carod scored two podiums in the last two years on the Canadian track, his favorite, so will arrive there with legitimate ambitions.

Your email About you